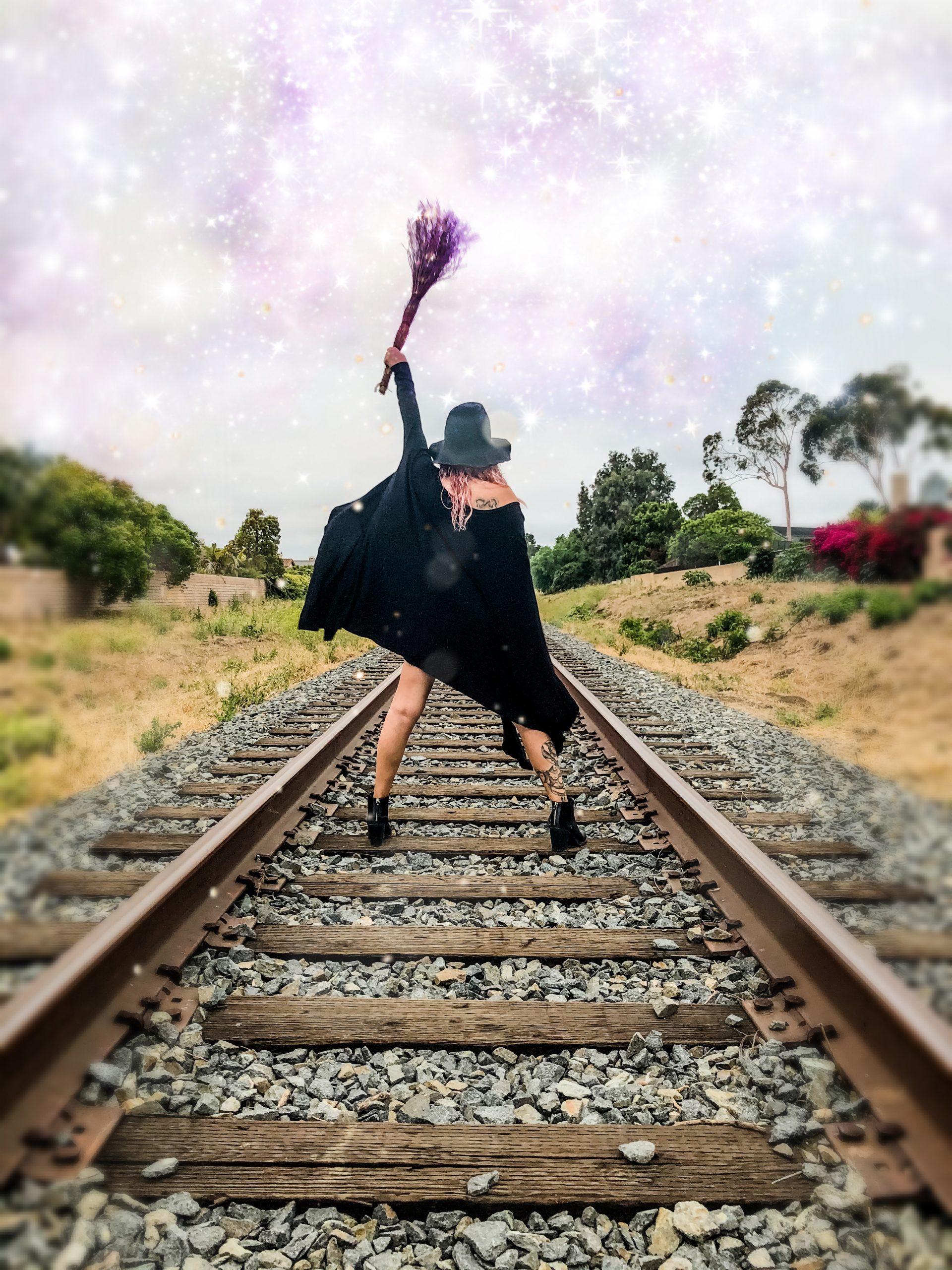 My deep connection to the Dark Goddesses, Lilith, Hekate, Medusa, Kali, and Persephone, has shown me the greatest magick I possess. Weaver Magick. My magick is in my words, my writing, and my voice. With deep reverence, I invite you to join my coven. A space where people of all walks of life, and all gender spectrums are welcome.

I was raised in an abusive and controlling cult, which used the guise of being a Christian church. A true wolf in sheep’s clothing. Being too young to understand all the wrong around me, I sunk into myself. I stopped talking about the Magick I knew, the Magick within me, and the spirits that called to me. Throughout years of being subjected to spiritual abuse, and having no safe place to be myself, let alone find myself, I became an investigator of religion. Knowing that my parents loved me and my little sister fiercely, I came to realize they didn’t see all of the brokenness around us. I couldn’t trust anyone, because everyone in my life was “one of them”. In desperation and fear, at 11 years old, I became suicidal. Trying to see truth through the labyrinth of lies, I was exhausted. I dissected The Bible, only to find the horror stories of an angry and jealous god who instilled fear, not the grace and love I had been hoping to find. While the man Jesus intrigued me, with his magick, and unconditional love, I knew there must be more to the story… Or the story was a lie. For many years I attended church without seeing any proof of this Jesus and his great love in my church. Rather than grace, I found manipulation, victim blaming, deep seeded lies, and a patriarchal unforgiving and unrelenting domination. As I lived in a world that felt impossible to navigate, being told that my family and school friends who were not a part of our church, the church they called “The One True Church”, were destined for Hell, I couldn’t believe in Hell, because I was living in it.

By the time I was 15, the depression and darkness crushed me, I began to deteriorate in all ways. I was diagnosed with Anorexia Nervosa and placed in a treatment center for Eating Disorders. In my anger and fear, it took me a long time to see that this was the beginning of my freedom. In treatment I began to find myself, like putting together a jigsaw puzzle, unearthing the traumas from my past, molestation, abandonment, and spiritual abuse, I began the long slow journey to healing. It was in this place that I began to remember Magick, but it would be years before I could embrace my own.

In 2008 I gave birth to the most incredible being on the planet. A child who wasn’t a child at all, but a dragon. This child spoke to me about our past lives, spoke to spirits I couldn’t see, and nurtured a pet apatosaurus who lived under the bed. My child came out as trans, and pansexual, and I am the proud mama to a witchling son, who’s power is undeniable. He is a seer, a healer, and an artist. We were blessed to be gifted an instafamily in 2012, by my Soulmate, now husband and his two children who welcomed us into their lives.

In 2012 I began actively speaking out against the cult I was raised in, blogging about my experiences, and shedding light on the darkest secrets. Having children of my own lit a fire within me. This was met with both resistance and a flood of relief. People from all over the world began reaching out to me, asking for me to share their stories, too. People who had been burned, no, scorched by the very same cult that I had been raised in. I opened a new line of communication for victims, and have been counseling and advocating for all people who have been shamed for their experiences, experiences that broke their spirits. Together we have found a comradery and healing.

It took many years, and lots of therapy for me to fully open to Source, to know that I am a powerhouse of intentional magickal energy. I recognized the spirits that had been hovering around me, as my guides. Initiating myself to Lilith, the fierce and protective goddess of all who have been victimized by the patriarchy. Harnessing her energy, her ferocious and divine love, I accepted my destiny. Using candle magick, the poetic wisdom of the Tarot, and Oracle, herblore, astrology, meditation, and spells, my path became clear. In the last 3 years I have devoted my life to bring healing to this world. I opened my Red Tent, (inspired by the Biblical red tent on the Old Testament, where traditionally women would spend the New Moon, while they bled, worshipping the oldest goddesses, honoring their moon time and revering the magick of the feminine.) to those who yearned for more. I hold Moon Circles, Healing Circles, Womb Clearings, and classes with deep reverence to the gods and goddesses who call to me. Even I am surprised by the intense and unfathomable magick that blooms in these sessions. I hold online circles, and workshops, stretching this magick out to those who crave it.

We had a rough day. *Piper on drugs* My own pers

😭 this is too accurate 😭 Shadow work is not

So we obviously figured out that Piper is NOT a Ma