I have had a deep connection to the Dark goddess, Lilith for my entire life. I didn’t fully realize who SHE was until I was reading a book when I was 16. Granted, she was the villain, but of course she was. Since the beginning of written history, the feminine has been villainized, particularly when we have minds of our own.

This year 2020, is my Hermit year*. Oddly, this year has turned many of us into Hermits whether we wanted to be or not. I have leaned into my Hermitage gladly. After years of burn out, I saw this card as a sign to honor the teacher AND the student in me, using this time to share from the heart, and learn from powerful witches. The Hermit retreats, and reviews, taking note of the lessons he’s learned, and opens up to learning lessons he maybe should have in the past. Digging deep, opening to shadow work, and becoming less involved in the dramas of life. This has also meant that I have not been a ball of joy all the time. Traversing the shadow realms can be extremely isolating, and bring the need for quiet. Less activity, more listening. Sometimes it means physically getting away (a hermitage, travel, seclusion in a cabin far away), and other times, you may journey within yourself. Do not underestimate the power of turning off your phone, closing the door, and following your guides in meditation.

The Hermit year calls you to become devoted to your teacher, or devotion to your guides, who are in fact teachers. It’s an honor, and should be treated as such. You may even find yourself in a position to teach. This is an honor that should not be taken lightly. As Lilith is my matron goddess, and maybe the very first hermit in Hebrew mythology, this time is sacred for me.

According to Lilith’s mythology, she was made at the same time as Adam, out of dust, as was Adam. They were meant to be mates, but Adam was given all the privileges. He ruled the land, named the animals, and was expected to be dominant sexually. Lilith, feeling slighted by God, and by Adam, felt compelled to have her own ideas, and preferences. One night, Adam tried to have sex with Lilith, and she wanted to be on top. Adam told her that’s not how it was done (since his examples were animals, and he was male, and Lilith was female, he assumed that males dominated the females, feeling emasculated by the prospect of Lilith dominating him sexually.) and demanded that she lay underneath him. She refused. She explained that she was equal to him, and should have pleasure in the ways she wanted, too. Adam refused. At this point, Lilith was livid, exasparated, and hurt. She did something unfathomable, even to Christians today. She called upon God using his sacred name.

“God” is not God’s name. God is a title. In fact, according to many students of Kabbalah, God really should be referred to more as an “it/they” rather than a “he”. Looking at duality, and these ancient teachings, and even original texts of the Old Testament, God wasn’t gendered, as it was a combination of masculine and feminine energy. Feminine energy is creation energy. When we hear that we are made in “God’s image” that doesn’t exclude the feminine, it equally includes Divine Masculine, and Divine Feminine, as ONE. In fact G-d is more of a “process” or verb than a noun. Rabbi David a. Cooper suggests that it would be more appropriate to say “god-ing”. If I could figure out how to show you the Hebrew symbols for G O D and their meanings, I would, but for now, I’ll do my best to explain. In Hebrew the symbols:

As you can see, the origin of “God” is a balance between the feminine and the masculine. It’s not a name.

As far as names go, there is extreme power in a name, which is why we were told as children not to “use God’s name in vain”. In Jewish tradition, God is written like this: “G-d”, as to respect the fact that “God” isn’t a name… it’s a verb. So, Lilith KNEW “God’s” NAME. The actual word to call upon this energy, something that has been kept very tightly under wraps… probably because of the situation I am about to explain…

Lilith called this name, and rose above Adam, and “God” appeared. “God” was furious, he didn’t like being summoned. Lilith explains her issue with Adam, and Adam whines to “God” that Lilith is disobedient. “God” sides with Adam (can we tell a dude wrote the OG story?). Lilith refuses to submit, she knew it wasn’t right, or fair. What she wanted wasn’t about defiance… but since she wasn’t heard, defiant she became.

She basically gave “God” and Adam the finger, and boned out, out into the wilderness, the desert, the unknown.

After a few days, Adam went to “God”, and again, whined. So “God” sent angels to bring Lilith back. She refused. Not if she was going to be treated as less than Adam. She wanted and deserved equality. Lilith chose to live among the demons and cast-offs, rather than submit to the masculine. She was cursed for it, and she cursed Adam and “God” right back.

Eventually, lore says, she did go back to the garden, where “God” had made Adam a subservient mate, out of his rib. Eve was sweet, and it never occurred to her to rebel… Until she met Lilith at the Tree of Knowledge where she ate the forbidden fruit.

Lilith is my SHERO. The embodiment of virginity, which originally meant, “a woman unto herself”, one who chose her sexual partners, and chose the ways in which to give and receive pleasure. She was a Hermit, she went on a pilgrimage to the desert, not knowing what she may find there. She had a ferocity, and a will that was impossible to dominate. SHE is my matron.

*You can find your card of the year using numerology by adding the numbers of your birthday, and the current year, and breaking them down, like this: My birthday is March 2, and this year is 2020. 3+2+2+2=9. The Hermit  is the 9th card in the Tarot. Usually, you would do this for Major Arcana, which are the first 21 cards in the deck. If you want to find your birth card, you’d do the same for but using your birth year: 3+2+1+9+8+7=30, then you drop the zero. So my life card is 3, which is The Empress. If your number is over 21, you would add the two numbers together to For instance, say you get 22: 2+2=4, so your card would be the 4th. 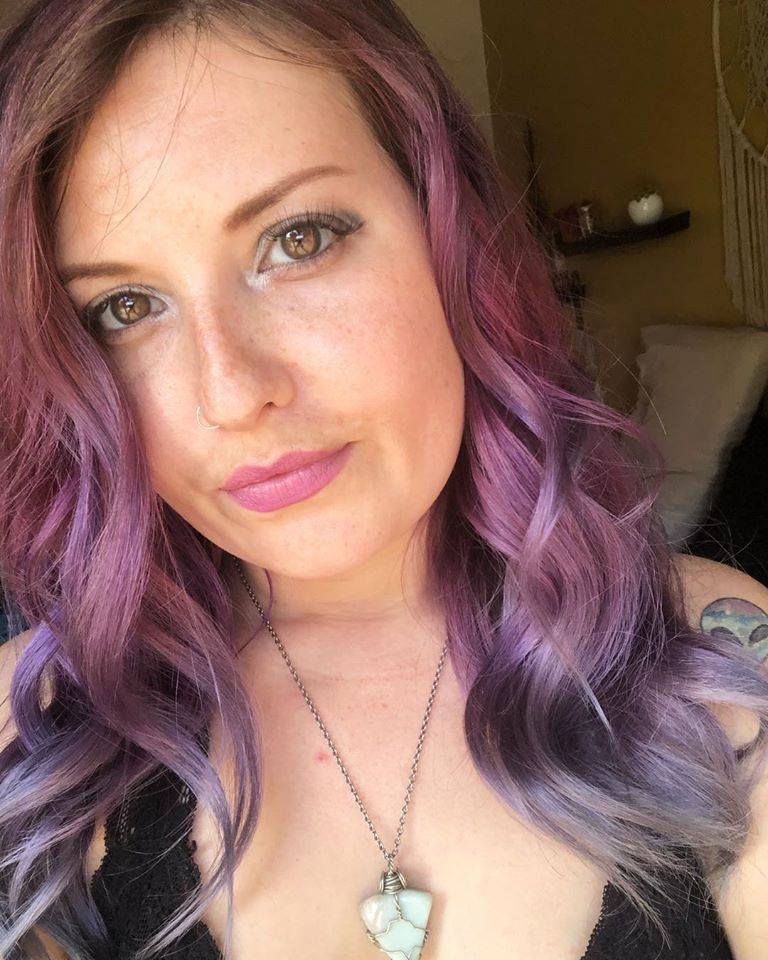 Sign up and get access to a FREE four week email course with everything you need to get started on your magickal journey!

We had a rough day. *Piper on drugs* My own pers

😭 this is too accurate 😭 Shadow work is not

So we obviously figured out that Piper is NOT a Ma